mecklenburgsar@gmail.com
Home Events 245th Anniversary of the Signing of the Tryon Resolves 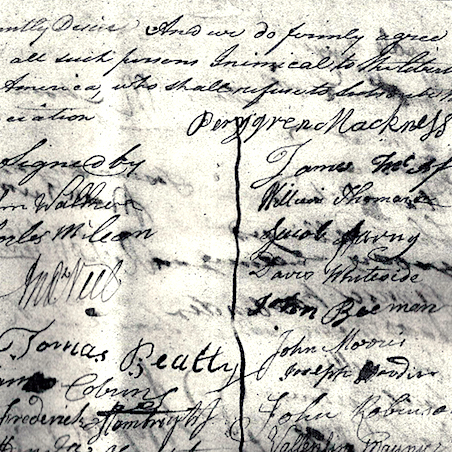 245th Anniversary of the Signing of the Tryon Resolves

Join the Battle of Kings Mountain Chapter to celebrate the 245th Anniversary of the Signing of the Tryon Resolves beginning at 10:00am at the Tryonota Volunteer Fire Department in Bessemer City, NC.

The Tryon Resolves were a brief declaration adopted by the citizens of Tryon County in the Province of North Carolina in the early days of the American Revolution. In the Resolves, the county vowed resistance to coercive actions by the government of Great Britain against its North American colonies. The document was signed on August 14, 1775.

The Tryon Resolves “association” was created in response to the Battle of Lexington, and the Resolves were among the earliest of many local colonial declarations against the policies the British government had instituted in the colonies, which were considered oppressive by the colonists. Other similar declarations from the same period included the Mecklenburg Resolves (adopted in nearby Mecklenburg County, North Carolina) and the Suffolk Resolves (adopted in Suffolk County, Massachusetts). The Tryon Resolves predated the United States Declaration of Independence by almost 11 months, but stopped short of proscribing independence from Britain, instead supporting armed resistance until a resolution with England could be made.

For more information and to RSVP for the Color Guard and to present a wreath, please contact Steve Marlowe at smhistory@yahoo.com or Bo Goforth at pgof@carolina.rr.com.