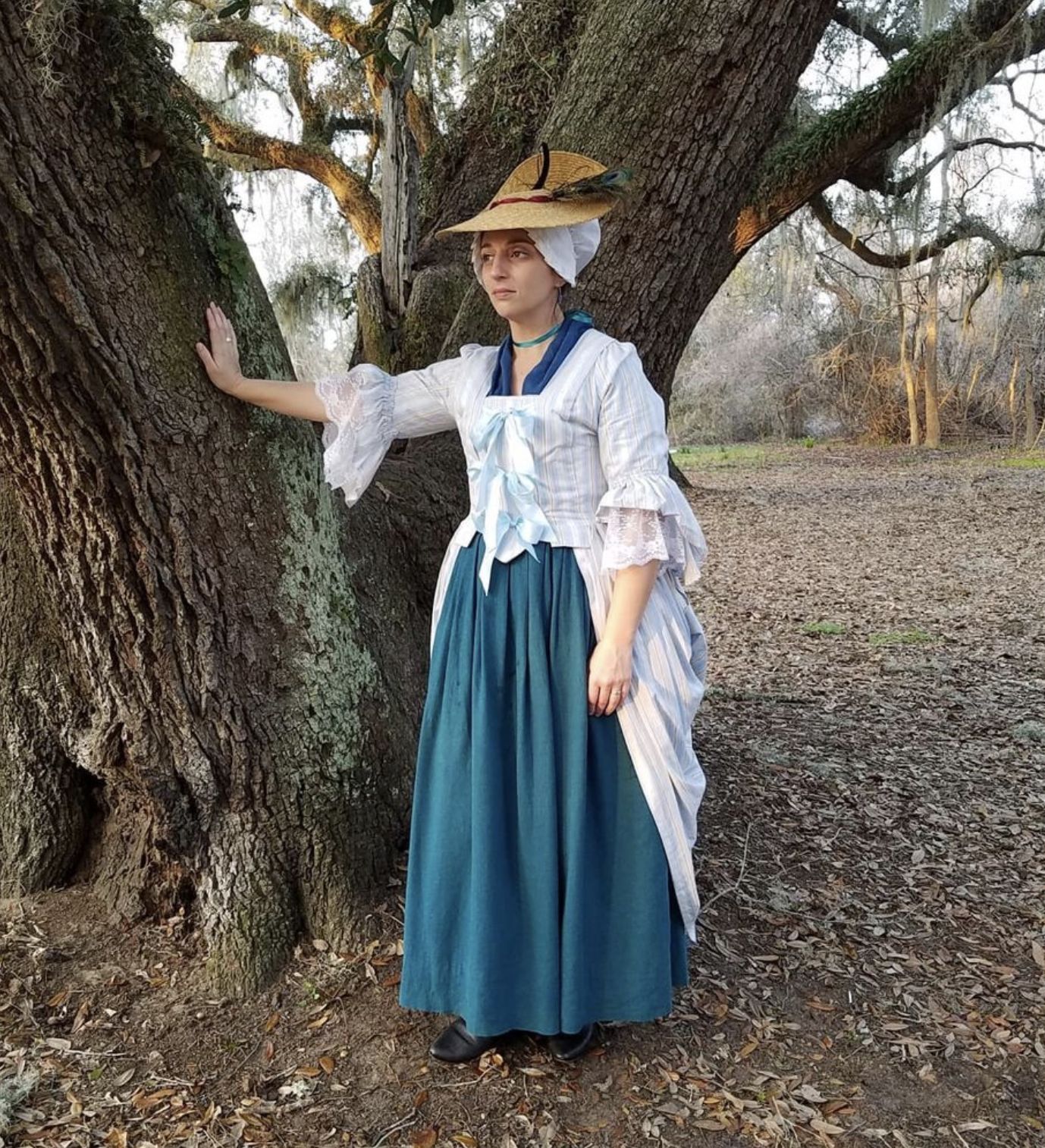 Catharine Littlefield “Caty” Greene Miller (1755-1814), was active in the Revolutionary War alongside her first husband, General Nathanael Greene. She is also credited with influencing Eli Whitney in the creation of the mechanical cotton gin, a device that brought massive amounts of wealth to Southern land owners and was a cause of the expansion of slavery in the American South.

We are thrilled to present a living historical presentation of Ms. Caty Greene, portrayed by Ms. Carin Bloom.

When the sun set on the American Revolution at Charles Town in December, 1782, Caty was a changed woman. She had traveled extensively from her Rhode Island home at Coventry, and had seen the devastation wrought across the colonies by seven years of war. She had kept company with Martha Washington, Lucy Knox, and the Ladies Sterling, among many others, hosting parties and balls and keeping the morale of the officer corps as her personal priority during winter encampments. 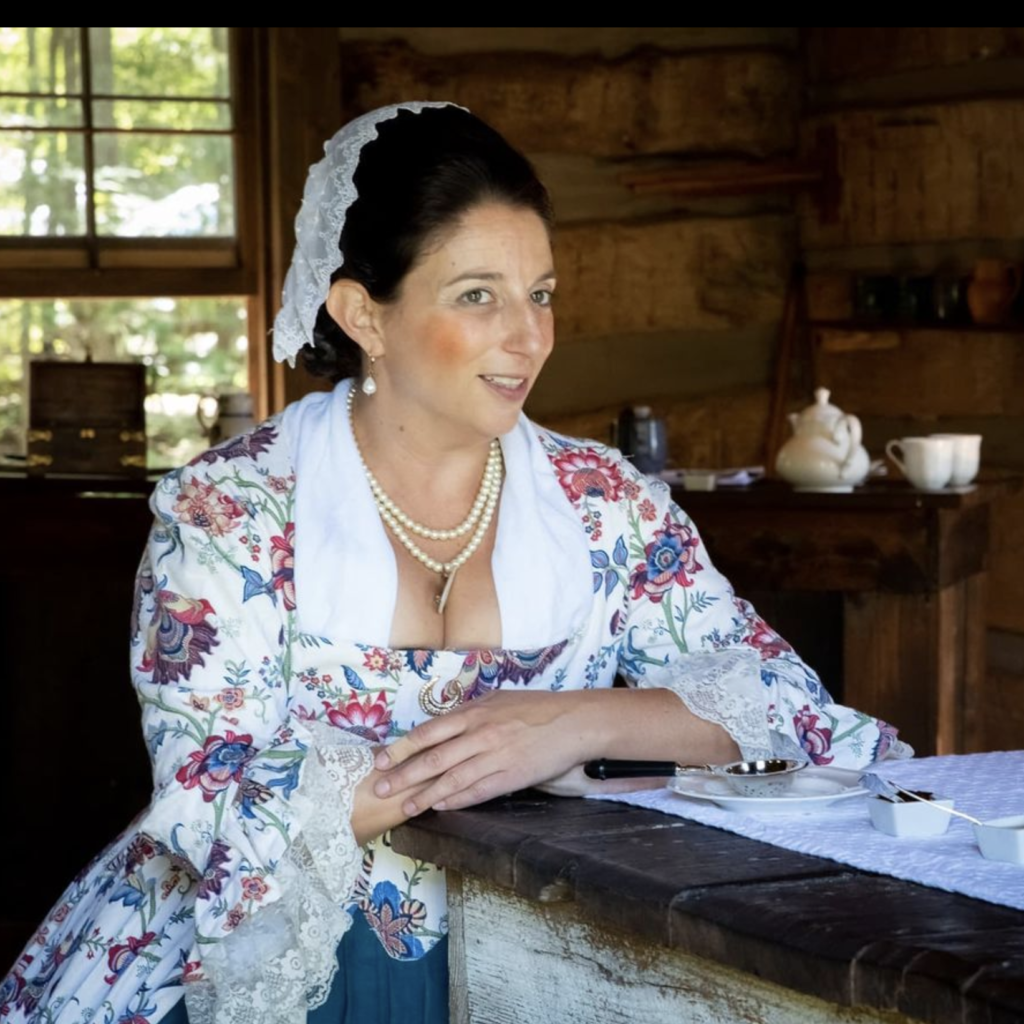 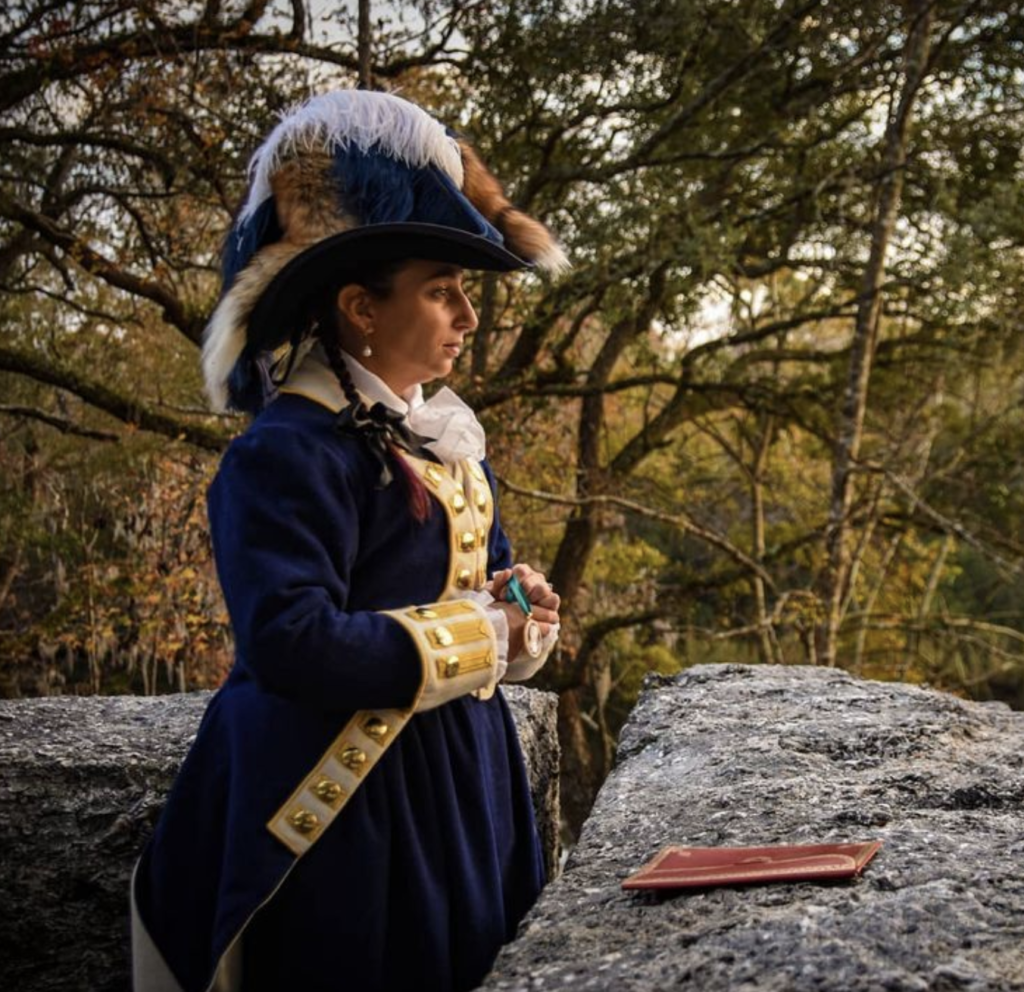 She endured the same hardships that many generals’ wives knew; spending months away from her husband, keeping hearth, home, and business afloat without the menfolk, and even giving birth at a winter garrison. What really struck Caty, though, was her journey South in 1782.

The devastation of the Carolinas’ countryside was almost more than she could bear, and she had scarcely believed Nathanael when he had earlier written to her of the suffering she would soon see. She was a convivial girl at the start of the conflict, and though she never lost her joie de vivre as she aged, a certain gravitas must have come, with coming of age in a Revolution.

For Revolution was not just war…it was societal, global, far-reaching change….and the world would never be the same, once it had been turned upside-down.

As General Greene is rather shy, he is not much for speaking in public. The soldiery he can command, but the citizenry is intimidating. His cheerful wife does not share the same trepidation, and has been called on these last few years (with a pandemic pause this year) to speak to the people of Charleston upon their happy liberation. Though sad that the event was lately cancelled, Caty still desired to be appropriately dressed as befits her station as a General’s wife!

Save the date for this special dinner evening with Ms. Catharine Greene! RSVP will be posted by October 10th.