I am honored to be chosen as President of the Mecklenburg SAR this year and I am delighted to serve alongside the gentlemen who comprise this organization.

In the SAR, each of our members can trace his lineage back to a direct ancestor who fought for or supported American independence. Each man in the SAR carries in his veins the blood of an American hero who risked hearth and home for his God-given rights – rights that trace back many generations to when the Magna Carta was signed at Runnymede, and beyond. When Patrick Henry said “Give me liberty or give me death,” it wasn’t just a catchphrase to our Patriot ancestors.

The three missions of the SAR guide us in our service. These are as follows: (1) honoring those who served the colonies in their struggle for independence during the American War for Independence; (2) promoting core values of Constitutionalism, American ideals, and traditions; and (3) shaping young minds by educating youth about the American political tradition.

The third of these goals is perhaps the most important. The Preamble of the Constitution says that the Union of the states was established to establish justice, ensure domestic tranquility, and promote the general welfare – and that this was done to “secure the Blessings of Liberty to ourselves and our Posterity.” Thus, it is not just for ourselves, but for future generations that the Constitution was established. We act in a fiduciary capacity for future Americans who come after us, and in the SAR we recognize that that the American tradition we have inherited is ours not to spoil, but to safeguard.

I encourage current members of the SAR to give generously of their time and to support the SAR in its mission. The SAR is nothing without its members as we are an all-volunteer organization funded by membership dues and donations of money and time.

And, I encourage non-members who have an interest in our mission to contact us for help with tracing their own lineage back to a Patriot (or maybe many Patriots, as some of us have discovered) whose story is just one of the many examples of the providence of the American founding. 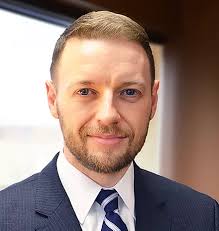 Our chapter sponsors and participates in so many events during the year. From grave markings to Color Guard presentations to dinners to historical meetings, there are so many options for you to participate.

From Eagle Scouts to Orations to Poster Contests to JROTC, we work every year in our community awarding youth scholarships.

All Types of Committees

We have a committee for all types of interests inside our chapter. You don’t have to chair a committee to join it! Just pick out what you like and join. You can make a difference by just joining a committee.