mecklenburgsar@gmail.com
Home Events The 239th Anniversary of the Battle of the House in the Horseshoe 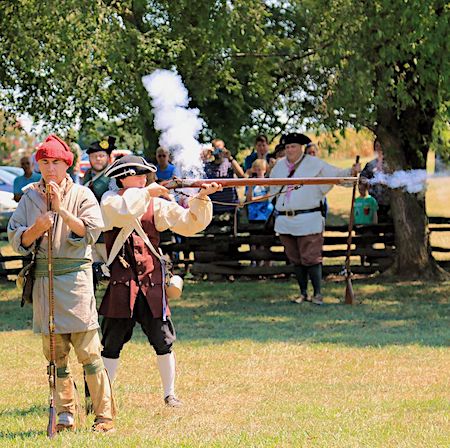 The Marquis de Lafayette chapter invites you to the 239th Anniversary of Battle of the House in the Horseshoe ceremony on Saturday, August 1, 2020, in Sanford, NC. Event details as the date gets closer.

In spring and summer, bright flowers surround this plantation house named for its location on a horseshoe bend in the Deep River. The house (ca. 1770) was owned by Philip Alston, whose band of colonists seeking independence from Britain was attacked here in 1781 during the American Revolution by British loyalists led by David Fanning. Later, four-term governor Benjamin Williams lived in the house, which now features antiques of the colonial and Revolutionary War eras.

Tags: House in the Horseshoe